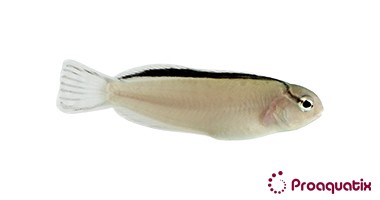 Description:
The White Blenny is mostly white in color with a black stripe that runs down the base of the dorsal fin.

Natural Ecology:
Meiacanthus smithi is a carnivore of zooplankton and other bite-size invertebrates. Like most members of this genus, they have evolved a stinging bite for protection against predators. They have also evolved bright colors as an effective reminder to predators, who distinctly associate this species with a stinging experience.