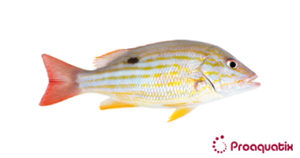 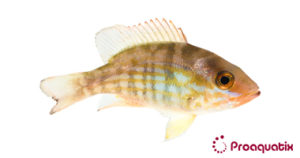 Description:
The Candy Snapper is reddish to silvery pink in color, with irregular yellow lines on its sides. Some specimens may have a greenish hue and diffused vertical barring. Adults will have a black spot located below the anterior portion of the soft dorsal fin that touches the lateral line.

Distribution:
Western Atlantic: from North Carolina to southern Brazil, including the Gulf of Mexico and the Caribbean Sea.

Compatibility:
Usually ignores corals but will eat small fish and invertebrates. These fish grow large – up to 36 cm (14 in).